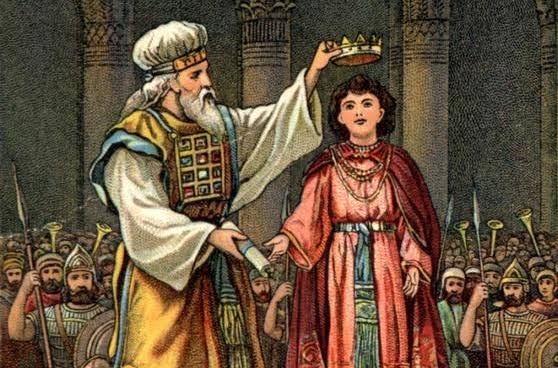 MAN OF THE DAY: JEHOIADA.

Jehoiada Led the Kingdom of Judah Back to the Lord

PRAYER FOCUS: THAT HE BE A HERO OF FAITH.

Jehoiada lived to be 130 years old (2 Chronicles 24:15). He’s the last of Old Testament heroes of the faith to live well past a century. He did great things for God throughout his lifetime. The stories are told in 2 Kings 11-12 and 2 Chronicles 22:11-24. His greatest accomplishments were overthrowing Judah’s murderous queen, establishing a new monarch, leading a national revival, and restoring the Temple to its former glory.

Unlike every other Old Testament priest, Jehoiada received an exceptional honor at death. We read about this incredible honor in 2 Chronicles 25:16: “He was buried among the kings in the City of David, because he had done so much good in Israel for God and his Temple.” The king who ordered the assassination of Jehoiada’s godly son, however, wasn’t buried in the royal cemetery. It’s one of the Bible’s greatest examples of poetic justice.

0
Reply
wpDiscuz
2
0
Would love your thoughts, please comment.x
()
x
| Reply
You are going to send email to