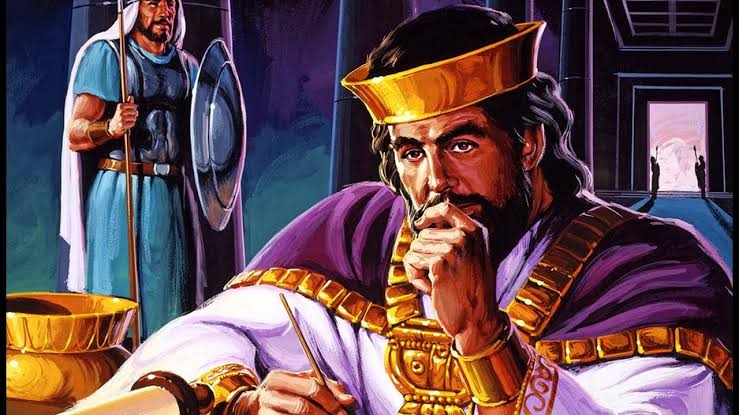 21 Days Prayer Journey for our Sons

Theme: Fighting for Your Son(s) through Prayer

Man of the Day: Solomon

A prayer for your own wisdom

Lord, Your Word says “If any of you lacks wisdom, he should ask God, who gives generously to all without finding fault, and it will be given to him” (James 1:5). Lord, I need that kind of wisdom to know when to speak to my son and when to be silent. “Do not let any unwholesome talk, lecturing, judging, or accusing come of my mouth, but only what is helpful for building my son up according to their needs, that it may benefit those who listen” (Eph. 4:29). Let me also be “quick to listen, slow to speak and slow to become angry, for my anger doesn’t bring about the righteous life that God desires” (James 1:19).

Oh Lord, my Shield, may Your Holy Spirit teach and influence my son in making wise choices for his life. May he be prudent in how he uses his time, giving priority to what is important, and not wasting his time on unprofitable or harmful activities. May he choose his friends with care, and may they make good choices in how they spend their time together. Most importantly, may he carve out time each day to spend with You. Amen.

King Solomon is one of the most interesting men in history, and his writings contributed to some of my favorite books of the Bible.

He’s the son of King David who I just covered. And his kingdom saw a time of historic prosperity even though he was the son of Bathsheba—the woman David committed adultery with before.

Solomon is mostly known for his great wisdom, a gift given to him by God after He appeared to Solomon in a dream and gave whatever he desired (1 Kings 3:5-13).

The Bible records many of Solomon’s feats of wisdom (1 Kings 3:16-28, 1 Kings 10:1-10), but if you really want a taste for it all, the book of Proverbs contains many wise sayings written by the man himself.

The beginning of Solomon’s life and rule were so great that it’s depressing to see how it all degraded in the end. But we can use the Bible’s refusal to sugarcoat his story as a means to learn the following lessons from his life:

It’s reached the point where all the grumblings frustrate more than the perceived shortcomings. And to be fair to the generation I call my own, the people who complain the most are the ones least willing to teach.

This is the problem King Solomon tried to solve. He knew that without strong teaching and guidance, a nation would stumble as its youth grew old. That’s the main reason the book of Proverbs exists (Proverbs 1:3-5).

Proverbs includes Solomon’s call to the youth to gain wisdom and understanding, and the book also provides guidelines for living well in our world.

He covers everything from investments, laziness, dealing with the opposite sex, the importance of strong relationships, and most importantly, the “fear of the Lord” (Proverbs 1:7).

This reverence and healthy respect for God is the foundation Solomon builds upon. And the book of Proverbs makes it clear that the wisdom provided is priceless because it comes from the right source (Proverbs 8:10-11).

But in order to spread such wonderful info, Solomon knew he had to teach it:

Train up a child in the way he should go, And when he is old he will not depart from it. (Proverbs 22:6)

If the next generation is gonna get it right, someone has to lead the way.
Do it Now, Do it Later

Those two traits are crucial to success in any endeavor. That’s why Solomon’s writings stress them over and over again (Proverbs 6:6-8, Proverbs 14:23, Proverbs 12:27).

You’d think a message like that would fall in “do as I say, not as I do” territory coming from a king born into royalty. But Solomon was no stranger to work.

Before his father David died, he had an idea for what would eventually become Solomon’s greatest project, the temple in Jerusalem.

David initially wanted to build the temple himself, but was denied by God because David lived a life of war and violence—traits unbefitting of one who would build such a holy place (1 Chronicles 22: 7-8).

He oversaw the construction of the temple and used an uncanny attention to detail to follow the instructions given (1 Chronicles 28:10-21). He even used the extravagance of his kingdom to add stylish touches to the new place of worship.

And for the record, the temple’s construction spanned seven years (1 Kings 6:38).

Solomon’s work on the temple was a huge success. But without his discipline and diligence, it wouldn’t have happened.

Solomon’s work serves as an example for all of us in our own projects. And his actions motivate us to give our all to whatever we do—even if we’re not the inspiration behind it.

The most heartbreaking thing about Solomon’s life, especially for a fan of his like myself, is that he turned away from God in his old age and lived a life that would have disgusted his younger self.

It’s true that most of Solomon’s reign was glorious, and he and his kingdom were blessed by God in a way that’s hard for the modern world to imagine (1 Kings 10:14-27). But the resulting fame and fortune affected Solomon for the worse. And he began to disobey parts of the laws given to his people by God.

Years later as an old man, he was led astray by his many foreign wives—an arrangement clearly condemned by Israel’s law—and he turned to false religious practices (1 Kings 11:1-3).

This angered God mightily (1 Kings 11:9-10). So He sent judgments that led to the destruction of Israel’s kingdom and the enslavement of most of its people—just like He said He would (1 Kings 9:6-9).

It’s hard seeing a great man’s life end in such disappointing fashion. And even though God didn’t allow these judgments to occur during Solomon’s life for David’s sake (1 Kings 11:11-13), you can’t help but wonder how the fallen king responded.

Solomon had a life that began with such wisdom, money, and fame. Yet its end still presents the question, “what if?”.

Hopefully we can all avoid Solomon’s negative example though. Because I’d much rather echo the words of the Apostle Paul—more on him later—in his letter to the younger Timothy:

I have fought the good fight, I have finished the race, I have kept the faith. (2 Timothy 4:7)

Father, empower my son to defeat the forces that defeated our parents and grandparents.
AMEN

HOW YOU WILL SEND YOUR SPECIAL OFFERING{ the pledge}.

You will M-Pesa your offering to

Acc No. Name of your Son

If you have no SPECIAL SEED OFFERING to give, it is ok.

If you do not have money now, you can give your PLEDGE later when God gives you, THAT IS WHY IT IS A PLEDGE.

Good people, feel free to send your OFFERING, which you pledged from TODAY.

0
Reply
wpDiscuz
2
0
Would love your thoughts, please comment.x
()
x
| Reply
You are going to send email to